Building apps from scratch could be a reckless move for developers in the continually changing landscape of customers’ tastes. Great coders know that good work comes from a robust framework that simplifies the development and testing process. To provide developers a platform that quickly builds web applications, Google developed an open-source web application framework known as Angular.

Some key points about Angular:

Reasons why developers hesitate to migrate

Developers sometimes hesitate to make the transition from their older infrastructure. Typically, the reasons are:

But migrating to Angular is a long-term solution to app development that is worth the initial investment.

Angular is one of the most powerful frameworks in the market. We have listed some of its advantages and features. It will help you to evaluate carefully before migrating to a new infrastructure.

Unlike traditional software, modern software isn’t meant to be coded in a way that requires the programmer to update the code throughout the years. The Angular framework goes well with the modern software development methodology. It ensures code consistency and offers several benefits:-

While delayed launches or increased costs are the risks associated with inconsistent coding, consistent coding makes websites easier to use and enables the use of templates or pre-defined code snippets.

Later versions of Angular use component-based systems, eradicating the complex methodology of AngularJS. Component-based codes are easier to read and write. Each component has a defined specification that is independent of its environment. It makes them highly reusable across the app, ensuring a smooth development process for developers.

Most developers face issues in maintaining code. Angular addresses this maintainability issue, as it is written in Typescript. Typescript is derived from JavaScript and provides the following benefits:

AngularJS was developed with the emergence of mobile apps. Before the advent of AngularJS, mobile apps didn’t have the same level of ubiquity they have today. Lazy loading technique of Angular has introduced an idea to load modules only when they’re needed. It makes applications faster from the user’s perspective.

For more agile and active performance, some of the non-essential packages are also moved from the framework’s core, hence facilitating a mobile-driven approach.

How to migrate your application smoothly to angular

Whether you are migrating a web app or making the transition from an old company’s designs to a new one, Angular brings you a lot of benefits for your projects. But the things you should follow while undergoing migration process are:

Migrating a web application to Angular requires developers to rewrite the existing code. Both frameworks- AngularJS and Angular can operate in the same application together. It allows you to make the transition over time without worrying about migrating everything all at once.

Tools that will help you to migrate from AngularJS to Angular:-

In the future, to save yourself from trouble and to get efficient results, keep the following things in mind while approaching TypeScript to migrate:

Checking for bugs and unit testing requires a large workforce. Even considering it can scare many away from migrating to a new framework. Fortunately, Angular offers an amazing testing utility, known as TestBed. It configures and initializes the environment for unit testing.

Considering the size and scale of your project, keep the following things in mind:

Stepping into the migration process can pay off in the long run. It will be a smart move for your company if you take advantage of the benefits migration offers. Don’t be afraid to make a jump to Angular, if you want to speed up your development, debugging, and security processes. 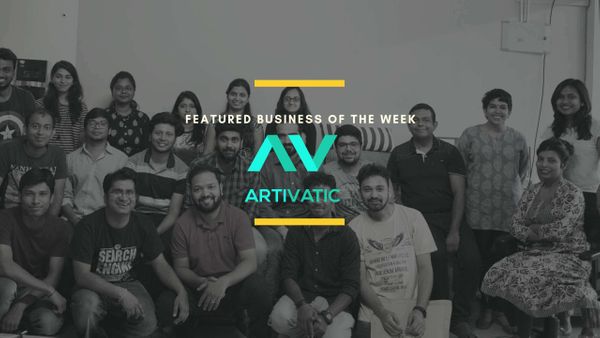 1. Please tell us more about Artivatic founding story and how you have built it up to where it is today?Artivatic is AI decision platform for insurance & healthcare