Angular Explained: The Origin of Angular

Here are some of the many versions of Angular:

From AngularJS in 2009 to Angular 7.2 in 2020, this front-end framework has evolved rapidly. Today, Angular is used by more than 70% of software engineers for creating modern web-based applications.

HTML is great if you are declaring static documents, but it gets clumsy when you are using it for declaring dynamic web applications. To address this issue, AngularJs extends HTML with additional attributes to make the applications more responsive to the users. AngularJS also speeds up your front-end development.

In this next part of Angular Explained, we talk about Angular JS. AngularJS is built on the concept of the Model-View-Controller (MVC) framework. MVC is a software design pattern used in the development of web applications, in which:

After receiving the user’s request for applications, the Controller collaborates with the Model to prepare data needed by the View. After this, the View uses that data to display a presentable response to the users.

With this feature of AngularJS, you can bind the data to the HTML controls by just adding a few snippets of code, eliminating the need to write lots of code.

Dependency Injection (DI) is a feature of AngularJS that deals with how components get hold of their dependencies. With the dependency injection, you can describe (in a declarative manner) how your application is wired. Including main()method in coding sometimes becomes difficult to maintain, but with DI, your applications don’t need **main() **method.  DI is a core feature of AngularJS that can replace any components that don’t fit the user’s needs.

4.  Ready to use templates

The original AngularJS JavaScript development framework was accepted widely by the developers. But it has some limitations. To deliver better performance, Google endeavored a rewrite for the second generation, resulting in Angular 2.

Angular 2 is re-written in TypeScript. TypeScript is a superset of JavaScript. In TypeScript, we can easily do a static analysis of source code. Unlike in Javascript, the code is more predictable in TypeScript.

Difference between AngularJS and Angular 2

Angular 7.2 was released in January 2019. With Bazel support, it is helping developers and testers in the development process. It has also enhanced routing capabilities. Here are the updates of Angular 7.2:

To help developers and testers in automating the development process and testing of software, the Angular team has integrated the tool Bazel into Angular.Bazel is a free software tool that you can use to build and test software quickly.

How to use Bazel in your project:

If you are not familiar with Angular guards and resolver, then have a look at this:

Why developers are choosing Angular?

Being a Google product, Angular can take advantage of all the testing infrastructure offered by Google.Google validates every change made to the Angular framework.

There are no possibilities of breaking changes or regressions in Angular because the framework is already being tested in hundreds of projects before its public release.

It has a strong ecosystem-  Angular owns numerous reusable tools, code samples, and libraries. These tools are continually updated. Companies such as VMWare, NativeScript, and Teradata have full support for Angular.

The Angular ecosystem includes many tech-giants, such as  Oasis Digital, Thinkster and Galvanize. Many companies such as Range, Nrwl, etc., have a majority of their businesses in Angular only. 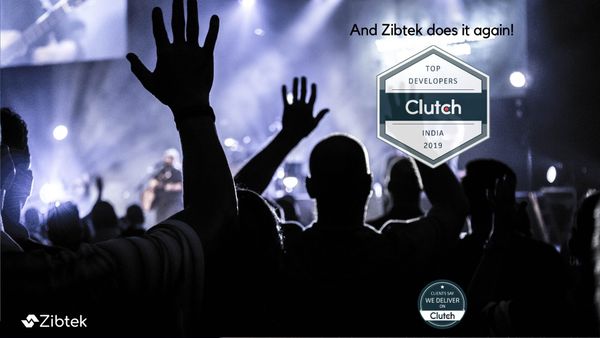 Zibtek is excited to announce that we have been named as one of the top software developers in India by Clutch in their exclusive report! “India is a hub for