As software development becomes more and more complex, it requires an elite team of developers and operators to do the job. The more team members that you have working on a project, the more important it is to have strategies in place to ensure that everyone is on the same page and working together -- instead of getting in each other’s way.

That’s what DevOps is all about. DevOps is an approach to software development that focuses on collaboration between the development and operations teams -- teams that aren’t traditionally used to working together.

With that in mind, let’s take a look at what DevOps is, how it can benefit your business, and whether it makes sense for you to outsource it.

This results in less back-and-forth between your dev team and your ops team, since it breaks down the siloed structure of traditional software development methods. DevOps helps both groups work together towards a shared goal, rather than working at odds with each other and stepping on each other’s toes. This allows for faster and more seamless development, and a less error-prone software development life cycle.

Why has there traditionally been tension between developers and operators? In large part, that’s because developers want to build new features as quickly as possible, but then pass the results on to the operators, whose job it is to install the new build.

Operators want to deploy the build as slowly as possible to ensure that it works reliably and isn’t going to wake them up in the middle of the night with a system crash.

A DevOps approach integrates dev and ops roles in an effort to improve communication between teams and catch potential issues long before they become critical.

DevOps vs Traditional IT

As software companies grow, they need to maintain the systems on which their software runs to ensure that they can deliver a positive experience to their customers. They may hire one or more systems administrators to manage this part of the SDLC.

This may work out well at first, but companies often find that developers do things that make the operations job more difficult, and vice-versa.

For example, a developer might write code that that causes the software to crash. When the ops team deploys this software, they may see that it crashes for no obvious reason, and simply restart it. Since they aren’t developers themselves, they may not understand the code they’re working with, and don’t fix it. They find that they can avoid a crash by restarting the software daily, so they stop worrying about it.

On the other hand, a developer might test their software on their own machine, but then have it fail in production because of security measures that the operations team has put in place. The developer may complain to the operations team that they’re breaking their software, resulting in a discussion about why those security measures are in place, and what could be done to work within the defined security constraints.

In short, in many traditional software development life cycles, developers throw software over to the ops teams, who deploy it as best they can, but due to poor communication, each team develops a frustration with the other’s approach to their respective jobs.

DevOps addresses this concern by more tightly integrating the two teams, allowing the ops team to give developers direct access to the production deployment environment so they can debug and fix their own production issues, and liaise with the operations team on best practices for the operations side of things.

Teams are more likely to develop a rapport with each other, work together, and reduce the turn-around time on issues that might hold up software deployments.

Some teams take an agile approach to software development, but leave the deployment and other operations components out of this process, and these parts of the system end up using an outdated waterfall model. DevOps applies this agile technique to ops as well as dev, keeping both included within the same process.

Developers still write the code, but because it takes less time to get the code into the production environment, they can write the code in smaller chunks, resulting in more manageable changes that are easier to debug.

The QA team tests each feature using automated tests that have been written to ensure that each feature works in isolation, and that any features that fail tests can be efficiently passed back to developers for review and debugging.

Developers check that each feature integrates smoothly with the larger system and that interactions between features don’t cause unexpected behaviour. Much of this can be done with more comprehensive integration testing tools.

Once all of the tests have been run, each feature that has passed can be deployed to production. Often the test suite being used can automatically deploy to production any features that have passed all tests.

Appropriate monitoring is put in place to ensure that production systems remain running efficiently. Any issues that arise in production should result in an automated notification being sent to those responsible for the features in question so they can debug them, update any inadequate tests, and re-deploy them.

What Is DevOps as a Service?

So how does DevOps as a Service (DaaS) differ from regular DevOps? Simply, DaaS is a suite of managed cloud-based tools that form a pipeline to facilitate all components of DevOps. This might include tools for code tracking and review, automated unit testing, issue/bug tracking, automated deployment, and a monitoring system.

Putting together DevOps infrastructure from scratch can be a lot of painstaking work, so finding an off-the-shelf solution is an alternative to re-inventing the wheel.

DaaS has a lot of advantages. Because it’s cloud-based, team members can work from almost anywhere. There’s less internal company infrastructure to be maintained for your development and testing systems, since this is outsourced to the cloud provider.

Due to the nature of cloud services, it’s easy to acquire computing power as necessary to run tests and deployments, and then give up access to this power when it’s no longer needed. This can result in significant cost savings when compared to having in-house servers running 24/7, even when they aren’t doing anything important.

This cloud infrastructure is managed by experienced DevOps engineers, so you’ll have plenty of support if any issues arise with your deployment pipeline. Plus, they can help your in-house IT department learn how to use and maintain these new tools.

DaaS is a great approach for many teams, but like any software development process, it isn’t perfect. In order to make the most effective use of DaaS, your software team will need a certain degree of software development experience, to ensure they can make appropriate use of the testing, debugging, deployment, and monitoring tools.

If your dev team is used to writing code and then leaving the build (and any problems associated with it) in the hands of the operations team, they’ll have a hard time getting up to speed with DaaS and may need a bit of training to be able to work with it.

Furthermore, DevOps often prioritises speed of development over security. Given that DaaS makes heavy use of cloud-based services, security is a factor you may need to consider carefully. You can always ask your DevOps team to increase the priority of security for your situation though, if it is necessary.

Is DevOps Right For Your Business?

In general, DevOps offers faster delivery of software while still maintaining reliability, so for many businesses, it can be a useful approach. If your organization is relatively small and you’ve just switched from an offline system to a more automatic technology-based approach to running your business, it may not be worthwhile to invest in learning and implementing a full DevOps approach just yet.

Still, keeping a DevOps approach in mind as you develop your software, and using bits and pieces of the methodology as you go, could put you in a far better position to fully embrace devops in the future if you grow to the point that it becomes practical.

Choose a professional DevOps team to do it right

Transitioning to a DevOps approach to software development can be a big step for any company. Whether you currently manage your IT in-house or you outsource most of it, be sure to choose experienced DevOps professionals when you make the switch to a more DevOps-focused development model.

The team at Zibtek has experience with web and mobile development, QA automation, continous deployment, and more. Our DevOps approach to development means we’ll help you reduce the time to deployment and create a more streamlined development process, no matter what kind of software you’re working on.

Reach out to Zibtek today to find out if DevOps is the right solution for your business and how we can help you incorporate it into your company!

Eager for success Great salespeople not only nurture their client records, but they also strive and hunger to create fresh contacts and discover fresh methods to work with the company's current clients. They've practiced cold calling. They don't have to be told what to 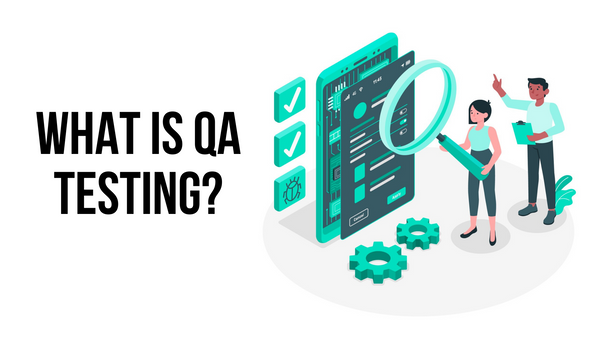 Quality assurance is the process of testing and monitoring a product to ensure that the finished product is created without defects. In physical manufacturing, QA testing might include failure testing,