The mobile landscape looked a lot different just a decade ago. There were multiple platforms and operating systems all competing for a piece of the pie. However, the industry has gone through incredible consolidation in the past few years.

The result of that consolidation is a duopoly between Android and iOS. Given that it’s possible to license Android, it happens to be the most popular platform, going by the sheer volume of devices out there that run Google’s mobile operating system.

One of the reasons why Android has become so popular is because it allows for an incredibly high level of customization. Most mobile platforms didn't allow customization beyond wallpapers or themes but with Android, it's possible to change the entire look and feel of the user interface (UI).

What is System UI?

Going by its textbook definition, System UI is any element that's displayed on the screen that's not part of an app. This means that it’s possible to significantly customize this interface without the need for an app update. It exists independent of apps on the device, yet Google doesn’t make it easy to access this tool.

For app developers, System UI is the framework on top of which they build their app. It's a way for Google to ensure that apps are compliant with the overall visual experience that it wants Android users to have. With system UI, apps can adhere to the Home screen, notifications, and global device navigation experience as envisaged by Google.

The System UI Tuner was first spotted when the Android Marshmallow preview was launched back in 2015. It existed as a customization menu in the Settings app. It basically provided a preview of the customization features that Google was working on.

It stuck around as an accessible menu in the Settings app for a while but when the third preview of Marshmallow was released, Google made the System UI Tuner a hidden menu.

The System UI Tuner enabled users to perform many different tweaks to the user interface of their device. They could hide status bars, for example, or show battery percentage.

It can be accessed on a device by pulling down the notification shade and holding down a tap on the gear icon for about five seconds. A message will then appear confirming that System UI Tuner has been added to the Settings app. The process may be slightly different on devices that use skinned versions of Android.

Google allows app developers to control the system UI visibility. For example, if you build a video player, you might want the navigation and status bars to hide automatically when a user enters fullscreen mode. The system UI framework makes it possible for the app to do just that.

What can you use it for?

Typically System UI will display the system bars, which consist of the status and navigation bars, concurrently with an app. However, it does allow apps that display immersive content to temporarily dim the bar icons or hide the bars altogether for a more immersive experience.

Google advises developers that their apps should adhere to the standard Android UI guidelines and usage patterns. It cautions then to carefully consider the users' needs and expectations before making modifications to the system bars as they're meant to provide a standard way of navigation the device and viewing its status.

How to use System UI

There are a few different ways that you can use the System UI Tuner to enhance your custom applications. For example, it's possible to dim the status and navigation bars with the SYSTEM_UI_FLAG_LOW_PROFILE flag.

This approach is advantageous because the bars will remain present but have their details obscured, this allows the app to create an immersive experience without taking away easy access to the bars.

To create an immersive full screen app so that users can engage more deeply with content, there are three different options that can be used in System UI to make an app go fullscreen. The SYSTEM_UI_FLAG_HIDE_NAVIGATION flag can be used to hide the navigation bar in an app.

It's even possible to modify the Android source code to customize the System UI on a much deeper scale, however, if this is done it makes it very difficult to apply future Android updates.

To mitigate this problem, Android has support for the use of an overlay directly, which allows developers to replace resource files without having to modify the source code. This overlay system overrides files in a controlled manner inside the Android build system, allowing for the modified files to be identified clearly without having to traverse the entire tree of the source code.

Implementing the System UI Tuner in your custom app

An app's styling is what makes it distinguishable from others. People who download your app will get their first impression of it based solely on the look and feel of the application. If it's not intuitive enough or it just looks plain bad, there's a high chance that they'll delete the app and never download it again.

There are quite a few benefits of implementing this in your custom app. First and foremost, it enables the app to provide a truly immersive experience to users. It also looks for a more intuitive user interface, which is something that most users want when they start using an app.

It’s important that all of the System UI integrations are properly done when an app is being developed. This will ensure that no bugs surface when the app is rolled out to users. Therefore, it’s vital to have people work on this part of the project that are highly skilled in System UI integrations.

You realize now that it’s probably for the better if you get professional help when it comes to System UI customization for your custom app. It’s only going to be for the better. Think about it. You spend an incredible amount of time and resources in coming up with an idea for an app. Then you invest more into actually getting it developed.

Wouldn’t you want everything to be done right the first time? Not only is that going to save you from headaches and additional costs in the long run, it’s also going to reduce the risk of a bad user experience.

You wouldn’t want your app to develop a bad reputation right out of the gate, so much so that even subsequent updates don’t convince users enough to give it a second chance.

Get professional help with your System UI customization

For this very reason, you should work with professionals who are highly skilled in System UI integrations for Android apps. The developers at Zibtek are very well accustomed to integrating System UI in apps and they’ll be able to get the job done right for you.

If you haven’t heard of Zibtek, you’ll be surprised to learn that it’s one of the leading software development companies in the world. It has worked with a wide range of companies, helping both Fortune 500 conglomerates to startup companies alike to transform their vision into reality.

Through its custom software solutions, Zibtek has empowered companies to achieve greater profitability and efficiency, increase their valuations, and become more successful by utilizing the right tools.

Zibtek is based in the United States with offices in Salt Lake City. It also has a global team of developers that’s managed from within the United States. It has highly skilled mobile app developers on its team that practically speak Android development like a first language. They put the same level of effort into everything that they do and have developed hundreds of successful to date.

The company provides end-to-end mobile app development services for the Android platform as well as all other platforms. Its developers can handle the entire project lifecycle so even if you just provide them with the concept, they will be able to create a polished product.

The developers have a deep understanding of the mobile app development environments, SDKs and APIs in addition to all methodologies.

One of the main goals of the development team at Zibtek is to ensure that your app has a navigation methodology which doesn't require users to develop a deep understanding first.

It should be intuitive, moving through the app should come as second nature to your users. The mobile design is thus centered around form, function, suitable content in addition to a nimble user interface.

Zibtek has developed a wide range of applications, including but not limited to mobile games and apps for learning. All of the work is done to the highest engineering standards in the business, this includes the proper understanding of the MVC framework to bulletproof deployment standards.

Interested? Reach out to the team at Zibtek for a consultation today and they’ll be happy to work with you so that you can have the peace of mind that the System UI integration you need for your app has been done just the way it’s supposed to be.

Why is UI important?

User interface is essential to meeting user expectations and supporting your site’s functionality. Well-executed UI facilitates efficient interaction between the user and the app, program, or machine via clean design, contrasting visuals, and responsiveness.

What are some examples of System UI?

Every feature you see on Android which isn’t an app is System UI. Components particular to System UI include:

What are the benefits of implementing the system UI tuner?

When someone downloads an app, opens it, and doesn’t like the way it looks, feels, or responds, they’ll quickly delete it and never download it again. To ensure a good user experience, developers implement the System UI Tuner to improve custom applications.

What’s the difference between a UI developer and a UX developer?

Though the terms are related and can overlap, they are not interchangeable. There are three main differences between UI and UX developers.

(1) While UI deals with look and feel, UX deals with end-user interaction quality.

(2) UI design has an artistic component that UX does not.

(3) UI is more of a technical component for producing design features for the finished product while UX focuses on the user’s experience of navigating the app. 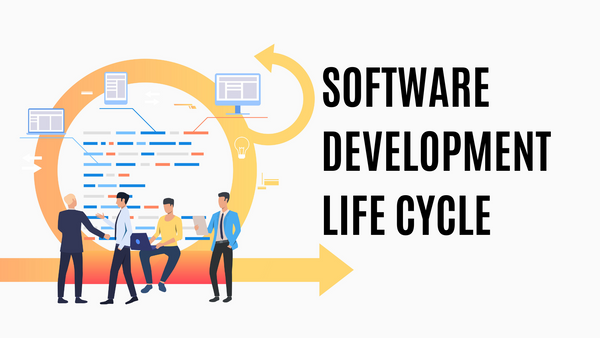