There are a whole host of technologies that support the online services that we use every day. Web APIs are an integral part of the online ecosystem. The API or application programming interface can be for a web browser or a web server. When developers write code for the web, they need to choose the Web API that suits the requirements of their project.

There are several different types of Web APIs. They allow two applications to interact with each other through a set of rules. Developers can use these APIs to add specific functionality to their apps without having to write all of the code from scratch.

Soap and Rest are among the most popular Web APIs. They're widely used by developers for their convenience and functionality. Each has its own advantages and disadvantages.

Representational state transfer or Rest was developed to work with components like media, files or objects on a hardware device. Roy Fielding introduced and defined this term in his doctoral dissertation back in 2000. The idea was to detail how a well-designed web application would behave. Web services that are defined on the principles of Rest and therefore called RestFul web services.

A resource is the key abstraction of information in Rest. Any information that can be given a name can function as a resource. It can be a collection of other resources, a document, an image, etc.

It uses a resource identifier to identify the particular resource that's required in an interaction between components. When HTTP is used in a transition, as it most commonly is, the GET, HEAD, POST, PUT, PATCH, DELETE, CONNECT, OPTIONS and TRACE operations are available. This typical use of HTTP means that developers don't need to install any extra software or libraries when they create a Rest API.

SOAP or the Simple Object Access Protocol is a messaging protocol that allows for distributed elements of an application to communicate. This protocol can be carried over multiple transfer methods like HTTP and SMTP. Its data structure is based on XML and since it's largely human readable, it makes it easier to understand a SOAP message.

SOAP is a concrete protocol with its own set of rules and security features like integrated ACID compliance and authorization. It's also highly complex since it requires more bandwidth and resources. It performs well in distributed enterprise environments since it doesn't assume direct point-to-point communication.

Most experts have reached a consensus that Rest should be the preferred platform unless there's a good enough reason to use SOAP instead. However, it can't be ignored that there are very specific use cases in which SOAP would be the obvious choice.

SOAP is an excellent solution for situations where Res can't be used, particularly if stateful operations need to be processed. A SOAP API makes it possible to have a chain of operations in a single transaction. Something that’s not going to be possible with a Rest API.

Those looking to build out enterprise-level web services will naturally prefer SOAP owing to its advanced security measures. PayPal's public API is one of the prime examples of a SOAP API.

This API enables PayPal users to accept payments through PayPal and credit cards, add a PayPal button to their own websites and ecommerce stores, in addition to logging in with PayPal.

These days, most developers that build public APIs opt for Rest given the increasing popularity of this technology. All of the big social media services provide Rest APIs, allowing developers to easily integrate their apps with the platform.

Twitter's public API is one such example. It serves a variety of purposes like enabling users to find historical tweets, an ad API for managing advertisements and a Direct Message API to send personal messages to users.

SOAP and Rest have their strengths and weaknesses. Just how better one is compared to the other largely depends on an organization's needs. They will need to pick the API that makes the most sense for their specific use case. Generally, organizations that need to offer public APIs are going to use Rest because of the advantages that have been discussed in this post.

Rest is also preferred for most new APIs because the development work is relatively simple and it also consumes less bandwidth. It's easier to understand for developers which makes the initial implementation of APIs fairly simple. Those that need confidential data to be transferred over the API will prefer SOAP given its enhanced security.

Perhaps the most common concern when using offshore software development teams is overcoming communication challenges. While communication is key, misunderstanding can happen among local employees too. It's helpful to have a team lead that is responsible for making sure that both teams feel understood 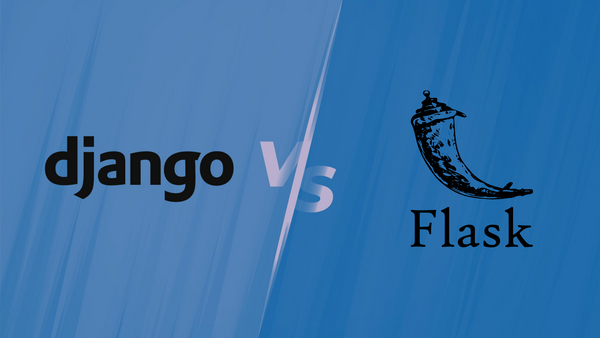 When considering which web framework to use for their next project, web developers often compare Django vs Flask. Web services, APIs and resources can only be built upon a solid