Testing is one of the most important stages of software development. It’s vital to ascertain whether the software has been designed as per the requirements, whether it’s functioning as it’s supposed to and if there are any bugs or issues that need to be addressed before deployment.

There are many different phases of software testing. Every phase has its own place in the software development lifecycle. This further underscores the importance of testing, it’s something that simply can’t be overlooked whenever software is being developed or even when existing software is being improved with new functionality.

What is regression testing?

One of the great things about software is that it’s not something that’s rigid, that can’t be changed once it has been developed. While some hardware products do present this challenge, software doesn’t suffer the same limitations, and it’s always possible to add more functionality to it or just to make overall improvements that help it perform better.

This doesn’t mean, though, that such significant changes can be made to the software without running any tests thereafter to make sure that none of the changes broke anything. It happens more often than you might think, which is why regression testing is such an important phase of software testing.

Software development is a complex process and often, even the smallest of changes can end up breaking things that might cause the entire software to malfunction. If this is a software that's essential to the running of your organization, such a disruption after a new version has been deployed would cause a massive loss.

Therefore, developers opt for regression testing whenever they tinker with existing software. The primary goal here is to make sure that the new changes didn't break anything and all of the functions that were working well previously continue to perform as they're supposed to.

Whenever new code is introduced, there’s always the possibility that it might have bugs. Regression testing also enables developers to make sure that any bugs and issues are caught and fixed before the new iteration is deployed.

Whenever new software is developed, the developers create testing scenarios to put the software through its paces before it's deployed for the first time. When carrying out regression testing later on, they can re-run the testing scenarios that were originally scripted in order to make sure that any changes that have since been introduced haven't caused a regression, in that they caused functionality that previously worked to break.

What’s the difference between regression testing and retesting?

There's a common misconception that regression testing and retesting are one and the same. There’s actually a clear difference between the two. As previously explained, regression testing is carried out to ascertain whether new code added to software didn’t render existing features unuseable.

You can understand what retesting is by just focusing on the literal meaning of the word. When a test is repeated, it's a retest. The developer could just retest a test case that they just ran, a bug fix they deployed or current version functionality. Retesting is also a great way to reproduce a defect that was discovered during initial testing, which gave the developer a reason to retest in the first place.

There is some similarity between regression and unit testing. At its core, unit testing is very narrow in scope. It's a test that developers carry out on a small piece of code in order to verify that it's doing exactly what it's supposed to do.

This is actually quite useful for developers who want to catch bugs early on since they won't trickle downstream and thus testers and quality assurance experts would end up having to deal with fewer bugs.

Each individual piece of code, such as each class or method, can be testing with this method. Developers carrying out regression testing can rely on this to. They can run their unit tests again to make sure that any of the changes introduced have not broken the units that were previously tested.

Both functional and regression testing are crucial parts of the testing process but they have different objectives. Functional testing is carried out with a limited scope and it's feature specific.

For example, if your software has a feature that allows you to track the average order value of your customers, a functional test would be carried out on this specific feature only to make sure that it's working as it should be. Such functional tests can also be performed on any of the software's other features but they're always going to be limited in their scope.

What is automated regression testing?

The tasks that are automated often include making sure that the software has been recompiled correctly, the core logic of the software is functionally correct and all other features are working as intended.

Tests on the core features and functionality have to be executed repeatedly in every regression run which is why it makes sense to automate the process. Developers generally prefer opting for the automated method for any test that would be used more than five times in the future.

Many in the industry believe that regression testing scripts should cover up between 70 - 90% of manual tests that have proven to be effective and are repeatable. It's also pertinent to note that automated testing suites are not valid forever. The test suite has to be modified time and again in order to reflect changes that are made to the software.

It’s up to the testing team to make sure that obsolete test cases are isolated from the suite in order to limit the possibility of false positives on the report, a scenario where the testing suite reports a failure even when the software has none.

With regression test scripts, developers can exercise complete control over how the process is carried out. That’s because these scripts will only test what they’re told to. They won’t take initiative on their own to test something that the developer might have missed when they were writing the testing script. This makes it all the more important for the person who writes the testing scripts to be absolutely sure that all variations and flows are taken into account and that the script covers every possible scenario that they can think of.

Regression testing is crucial for your business

Any software, particularly one that’s regularly updated, will perform at its best when it’s frequently tested. There’s absolutely no way around it and for companies that invest significant amounts of resources into having custom software solutions developed, it’s crucial to have quality assurance experts on the team to handle ongoing testing.

That doesn’t necessarily mean that your organization has to now go out and hire a dedicated team of testers that can make sure your custom software solution always aces its tests.

You can instead work with companies that provide software testing services on a per-project basis. Zibtek is one of those companies. It’s one of the fastest growing software development companies in the world and counts both Fortune 500 companies and startups among its clients.

Zibtek employs expert test engineers that are an integral part of every project that the company works on. This is to ensure that the clients' deliverables always meet the strongest of quality standards. Its highly skilled quality assurance experts can carry out both automated and manual software testing to assure you of end-to-end quality.

They can work closely with you directly or your project manager so that you're always in the know of just how the testing process is progressing. They can work exclusively on a single project to make sure that the software test is of the highest quality.

They're well accustomed to using automated testing scripts as removing the human element in the process, where appropriate, proves to produce outcomes with fewer errors.

Zibtek is based in the United States, having its offices in Salt Lake City, Utah. It also manages a global talent pool of skilled developers and quality assurance experts that are all managed from within the United States. If you’re looking for help with regression testing, reach out to the team at Zibtek today and they’ll work with you closely to help you meet your goals.

The efficacy of the daily activities of your enterprise is the greatest measure of whether your application for CRM fulfills your requirements. A CRM system revolutionizes the way companies communicate with clients, but how can you better integrate CRM in your company? Here are 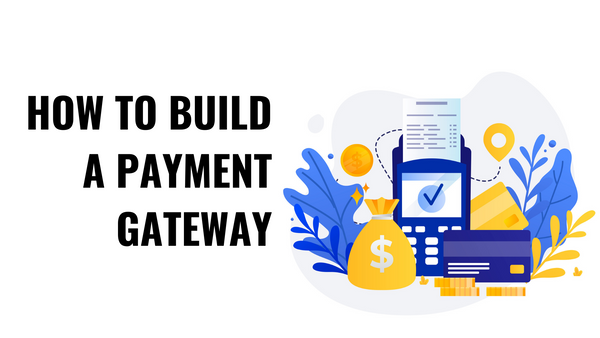