Can you tell the difference between a cat and a cactus? Chances are you can -- and so can the rest of your team -- but it may not be the most efficient use of your time. That’s why object recognition software can be a time-saver for many businesses.

It can also provide more functionality for your end users, particularly if you’re building an app that relies on image categorization and content management.

What is object recognition?

In its simplest form, object recognition refers to the ability of a software program (usually AI software) to identify and distinguish between specific objects in a picture or video.

If you’ve ever used Google Lens, or wondered how Google Photos manages to sort all of your photos into categories (such as images featuring “mountains” or “bridges”) then you’re already familiar with object recognition.

From identifying books based on their cover, to more advanced uses such as identifying plants in the wild, object recognition technology has come a long way.

But many businesses still don’t understand how object recognition works, or may think that it’s only available to major software companies with deep pockets.

In fact, object recognition is becoming more prevalent by the day, with tools that even small and mid-sized businesses can incorporate into their software.

These tools can be used to identify each instance of an object in a particular photoset -- known as object detection -- or multiple objects within a single image.

Although facial recognition is technically a type of object recognition, it’s typically treated separately due to its additional complexity and legal concerns.

How does object recognition work?

Object recognition can be used to sort objects into general classes, such as an animal or an inanimate object, or more specific categories, such as dog or cat.

In some cases, object recognition can be done without AI technology, by using template matching, in which a part of an image is matched to a template, or image segmentation, in which a complex image is partitioned into more easily recognizable components.

The success of the software depends on many factors, including the image quality, how many images are included in the set, and how accurate the results need to be. A shop that wants to identify misplaced inventory may be able to handle a greater margin of error than a self-driving car that needs to identify obstacles in the road.

More advanced object recognition can be done with one of two approaches: machine learning and deep learning, both of which have their pros and cons.

Machine learning can be best described as training your software to perform a particular activity -- in this case, recognizing objects in a photo.

This is done by providing the software with a set of images and a list of distinguishing features that it can use to recognize an object.

For example, you might train a machine learning algorithm to analyze an object’s color, shape, or size, in order to identify its unique characteristics.

One of the main benefits to machine learning is that it doesn’t require a large dataset or computing power, reducing the cost of the software.

The main disadvantage is that it takes more effort to set up and requires more oversight from your team. If you only have a limited number of photos to include in your training set, then your algorithm may struggle if it’s applied to a broader set of images.

Machine learning has a high level of accuracy, as long as it sticks to its comfort zone and has been trained to recognize the most salient features of a given object.

Deep learning is a more versatile approach, but it requires a larger data set, substantial hardware, and more computational power.

In this approach, the software essentially trains itself using an artificial neural network, which is modeled after the neurons in a human brain.

Instead of handpicking the features that you want your software to recognize, it learns to identify them itself based on the dataset you provide.

For example, you might provide it with a large dataset of images, of which some do and some don’t contain the object in question.

Unlike machine learning, which requires you to identify the differences between objects, deep learning algorithms can devise their own set of rules.

The images simply need to be labeled as containing a “dog” or “no dog,” and you don’t need to train the software on the specific features that distinguish a dog.

The downside to this approach is that it requires a massive dataset -- often millions of images -- which smaller companies may not have access to.

If you do have the hardware and computational power to spare, however, deep learning can attain a high degree of success and can be applied to many situations.

Additionally, the software can determine its own confidence level in a prediction, letting you know whether it is 100% certain or 95% certain that a given object is a dog.

Why would you need object recognition software?

Now that we’ve looked at some of the technology that goes into object recognition, what are some common use cases in various industries?

And why use this kind of software in the first place, when human employees don’t need training in order to identify the objects they work with every day?

In short, object recognition software can save you time. Humans simply can’t sort and analyze images at the speed that a well-trained algorithm can.

Additionally, software can see things that humans can’t. Your industry might use optical representations of sound waves, for example, or look for anomalies in medical images that are hard to process with the human eye.

Finally, object recognition software can detect patterns. While a person might get tired of looking at the same types of images over and over, your software won’t, and can view more images in a year than a human can view over their entire lifetime.

With the right combination of deep learning and human guidance, object recognition can provide new services that weren’t available just a few years ago.

Here are a few use cases for object recognition software:

Are you a media or publishing company with a huge set of images? You can use object recognition to sort your content, filter out unwanted content (such as explicit material), and search for images based on what’s actually in the picture.

This can cut down on miscategorization, and having to manually search for photos that were sorted using an outdated content management system.

Online stores such as Amazon know exactly what they have in stock at any given time, but physical retail stores have historically had to take inventory manually.

With object recognition, these stores can have access to a similar level of information, using software to monitor what’s on the shelves in real-time.

Likewise, object recognition can be used on the factory floor to track inventory, handle quality control, and perform other tasks that rely on visual analysis.

One of the most publicized uses for object recognition is in healthcare, where AI tools are reportedly better than doctors at some kinds of cancer detection. The technology helped reduce both false negatives and false positions, and could be used to give a “second opinion,” rather than replace a human radiologist altogether.

And of course, object recognition plays a major role in transportation and logistics. Any kind of driverless car or semi-autonomous vehicle would be impossible without it.

From recognizing traffic lights to identifying pedestrians, this kind of software needs to be able to detect objects not just in photos, but in real-time video feeds.

Where to find pre-trained models

Incorporating object recognition into your software doesn’t mean starting from scratch. If you don’t have access to the datasets or computing power you need, you can use tools that already exist, such as the TensorFlow Object Detection API from Google.

Apple also offers a machine learning API called Core ML, which can be used to run an object recognition model on an iOS device or in the cloud.

Other third-parties offer Machine Learning as a Service, which means you can choose from pre-trained models designed to perform specific tasks.

While these kinds of tools are less powerful than custom-built models, they don’t need to be maintained in-house and can be run on the cloud or on a smartphone.

Hire the right professionals to develop your software

Machine learning can be hard to wrap your head around, especially if your team doesn’t have prior experience with artificial intelligence. That’s why it’s important to find the right software developers for your project. The team at Zibtek has experience working with a variety of object recognition tools, including custom-built and third-party APIs. Whether you’re building an object recognition tool from scratch, or using a pre-trained model, Zibtek can help you find the best solution for your business needs today. 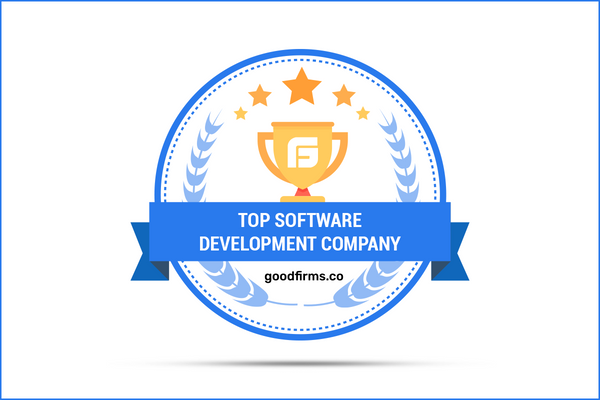 Digitization has given a golden opportunity to companies looking forward to crafting strategic solutions. Zibtek is one such company that offers services in digital marketing, web development, mobile app development

In the early days of the Internet, having a simple, static web page to educate customers about your business might have been enough to get by. This “brochureware” approach to