IoT or the Internet of Things has taken the form of a buzzword over the past few years, but it’s much more than that. There has been significant advancement in this field in a relatively short amount of time, both from a hardware and a software standpoint.

This has allowed for a wide variety of new experiences to be created for use in domestic as well as business environments. The work continues and the Internet of Things is poised to grow even further, becoming more capable of powering new and improved experiences for users.

What is IoT architecture?

In the context of the Internet of Things, the architecture is a framework that defines the physical components, the functional organization and configuration of the network, operational procedures and the data formats to be used.

However, there's no single standard reference architecture for IoT as it encompasses a variety of technologies. This means that there's not one easy blueprint that can be followed for all possible implementations.

IoT architecture can actually vary significantly depending on the implementation; it needs to be open enough with open protocols so that it can support multiple network applications.

A sustainable Internet of Things ecosystem has four building blocks: functionality, scalability, availability, and maintainability. Scalability is key as the system needs to be able to grow alongside the needs of the organization or project.

The three layers of IoT architecture

Even though there's no single IoT architecture that's universally agreed upon, the most basic and widely accepted format is a three-layer architecture. It was first introduced when the earliest research into the Internet of Things was being carried out. It proposes three layers: Perception, Network, and Application.

This is the physical layer of the architecture. This is where the sensors and connected devices come into play as they gather various amounts of data as per the need of the project. These can be the edge devices, sensors, and actuators that interact with their environment.

The data that's collected by all of these devices needs to be transmitted and processed. That's the network layer's job. It connects these devices to other smart objects, servers, and network devices. It also handles the transmission of all of the data.

The application layer is what the user interacts with. It's what is responsible for delivering application specific services to the user. This can be a smart home implementation, for example, where users tap a button in the app to turn on a coffee maker.

The 4 stages of IoT architecture, explained

Your infrastructure needs to be able to support the Internet of Things architecture. The four primary stages as defined under are of crucial importance to the overall viability of an IoT implementation.

You can supercharge the ROI from your custom business software by implementing an IoT architecture. At its core, such an implementation allows for much more granular data collection. Data is what drives efficiency. The higher the quality of your data, the more valuable insights it can provide.

For example, if you use a custom inventory management software for your business, an IoT architecture can help you exercise greater control over this crucial part of the business.

This can also help with increased automation as more custom software solutions can be created which can automate the process of reordering materials as they reach a certain threshold or provide insights into consumption trends.

For example, there can be a temperature monitoring app for a medicine warehouse. It would use sensors in different parts of the warehouse to detect if temperature and moisture levels are within acceptable range.

This will ensure that crucial medical supplies meet all of the quality standards before they're shipped out. IoT-based smart applications can keep an eye on this for you and simply push an alert when something goes wrong.

An IoT implementation with a hotel management system would also prove to be highly effective. It can pull in data from sensors that are attached to devices like soap dispensers, coffee machines, vending machines, etc to enable staff to keep an eye on inventory levels in real time.

This would eliminate the need for manual checks on these machines multiple times a day, thus leading to a significant increase in the quality of service.

Get help from the IoT experts

Let there be no misconception. For all of the benefits that it provides, an Internet of Things implementation is a complex task. There are different protocols that need to be managed, different hardware specifications, and a variety of other technical hurdles that need to be overcome.

That’s easier said than done. It’s impossible to have an effective IoT setup up and running unless the work has been done by experts. This will make sure that everything ends up operating smoothly and as it needs to, otherwise, a lot of time would be spent in actually trying to figure out what went wrong where and how it can be fixed.

Even when you have an IoT architecture established, it’s another complex task to get it integrated with your existing business software. You absolutely don’t need to have new custom software developed. Not only would that mean losing all of the investment made into the earlier iteration, it would also push the implementation timeline.

It’s entirely possible to have the architecture integrated with your existing business software, but you’ll need to work with developers who are very familiar with this line of work and have successfully completed similar projects in the past. This isn’t a job that everyone can do.

The highly skilled developers at Zibtek have years of experience with the Internet of Things. They have helped countless clients integrate their IoT setups with custom business software to take full advantage of this technology and make their processes more efficient.

Zibtek is one of the leading software development companies in the world which counts both Fortune 500 companies and startups as its customers. This American company is based in Salt Lake City, Utah. It also manages a global talent pool of experienced developers from its offices in the United States. Whether you’re only just thinking about an Internet of Things solution or need more advanced integration, reach out to the team at Zibtek. They’ll be happy to help you so that your business can reach its true potential. 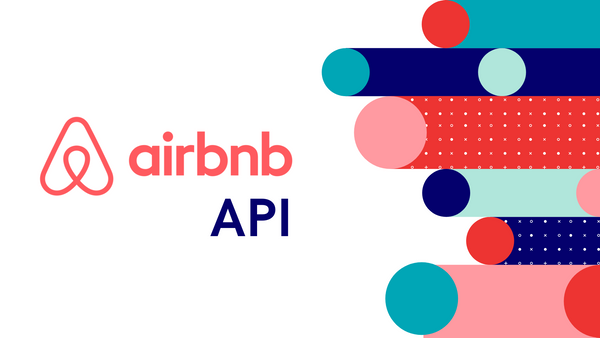 Airbnb started out in 2008 with a mission to revolutionize vacation rentals. It has since grown into a multi-billion dollar company with near global presence and a strong brand equity.

The efficacy of the daily activities of your enterprise is the greatest measure of whether your application for CRM fulfills your requirements. A CRM system revolutionizes the way companies communicate with clients, but how can you better integrate CRM in your company? Here are