There’s a greater need now than ever before for rich web applications. Users really don't like having to jump around so if they land on a webpage, they would expect an embedded video to play on that page itself instead of redirecting them somewhere else. Multimedia software platforms enable developers to provide those seamless experiences.

One can’t talk about multimedia software platforms without mentioning Adobe Flash. Even though it has fallen out of favor now, Flash has had a transformative impact on the industry. It enabled developers to display vector graphics, text, animations, video games, and stream embedded videos on web pages.

The future isn’t Flash, though; it’s being forged by HTML5.

As the name suggests, HTML5 is the fifth major version of the HTML markup language. It's used for structuring and presenting content on the web. HTML5 added support for the latest multimedia and other modern features like the ability to play audio and video within web pages as well as using scalable vector graphics.

What is it used for?

HTML5 is used for modification and adjustment of the appearance of web pages. It's also used for providing structure and presenting content on the web. It allows browsers like Chrome, Safari, and Firefox to know how a web page needs to be displayed and where each element is supposed to go.

It's also widely used to add multimedia content to web pages without having to use a separate media player or even Flash. HTML5 has also made it possible to create lightweight web apps that can provide a lot of functionality while being responsive and adapting to different devices like desktops, smartphones, and tablets.

HTML5 itself enables developers to create high-performance solutions but there's a lot else that needs to be done in order to maximize performance. For example, hardware acceleration is the preferred method for improving overall render performance. This is done by offloading tasks that would be performed by the CPU to the dedicated graphics processing unit.

Developers can also use JavaScript profilers to get a holistic view of their app's performance on the function level. This is done by measuring the time taken to execute each individual function from beginning to the end.

Relevant changes can then be made to further improve the performance.

Flash was developed as a response to the growing need for a solution that allowed developers to enable audio and video playback on the web. It quickly became the de facto standard that was used in place of individual and often clunky audio and video plugins.

What’s it used for?

Flash is used for embedded video players in web browsers and for the production of desktop and mobile apps as well as for animations. It can also capture camera, microphone, and keyboard input.

It has since fallen out of favor as HTML5 has grown to be more popular and doesn't quite suffer from the same security vulnerabilities as Flash. Some of the biggest backers of Flash, like YouTube, have now ditched it. Even YouTube now relies on the media rendering capabilities of HTML5. Adobe now favors a transition to HTML5 itself.

Achieving greater performance with Flash was possible since it used vector graphics combined with program code. The result was that the Flash files would be smaller and streams would use less bandwidth compared to video clips or bitmaps. The Flash Player also had a virtual machine called the ActionScript VM which scripted interactivity at run-time for performance.

With Flash on its way out, it only makes sense to use HTML5 going forward. The industry has thrown its weight behind HTML5 so any solutions created using the latest iteration of this markup language will be completely future-proof. There’s nothing that threatens the future of HTML5 so it will not suffer the same fate as Flash.

As if that wasn’t a reason enough, HTML5’s benefits far outweigh those of Flash. It allows for solutions to be more responsive, adaptive, and powerful.

The offline app cache is just one example of a highly useful feature that it provides. HTML5 is also easier for developers to work with, allowing them to create more complex software solutions swiftly.

These benefits can only be enjoyed if you work with developers who know what they’re doing.

At Zibtek, our expert software engineers are highly proficient in HTML5 development. We are based in the United States with offices in Salt Lake City, Utah. Zibtek also manages a global talent pool of skilled developers who can be assigned to your projects.

Our developers know HTML5 like the back of their hand, building apps that can be used on any device that has a web browser.

This allows them to function as cross-platform apps, allowing you to put your business and brand across more customers without having to make significant investments in dedicated cross-platform app development.If you’re considering HTML5 for a project or are just curious about how the technology might be of use to your business, reach out to Zibtek today and our team will be happy to sit down with you and figure out a solution that works best. 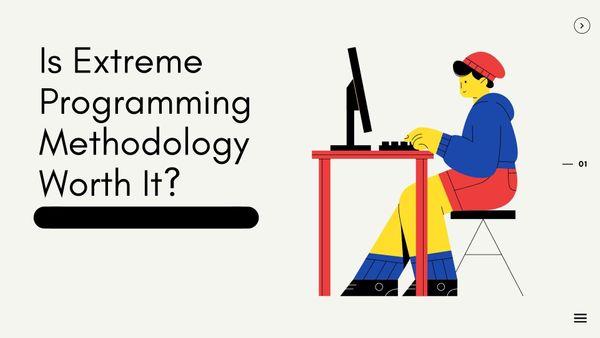 Software development is a complete science in and of itself. While it may seem overly complex to someone who doesn’t possess the skills, it also flows like poetry from

Launching an ecommerce store is easier now than ever before. There are software-as-a-service platforms that take care of much of the heavy lifting for you, automating many of the tasks