When considering which web framework to use for their next project, web developers often compare Django vs Flask. Web services, APIs and resources can only be built upon a solid foundation. Developers thus rely on a web framework which can best be described as a software structure which supports the development of these web applications. They provide developers with a standard way to develop and deploy these apps on the internet.

Developers often have to perform a lot of common activities in web development. They are repetitive tasks that can take up time and thus delay the project. Web frameworks make it easier to automate these repetitive tasks by providing libraries for things like database access and session management. They can also often allow code reuse.

Django and Flask happen to be the two most widely used Python web frameworks. Both have mature developer communities with widespread support. They have their strengths and weaknesses but ultimately, they're both used to develop web applications.

Django vs Flask - What is Django?

Django is an open-source Python-based web framework that allows for easy creation of database-driven websites. Django operates on a "batteries included" approach whereby components for patterns, tools, features, functionality and more are provided out of the box. This helps save time for developers.

For example, most web apps require authentication and authorization, in order to ascertain who the user is and what they're allowed to do. Django has support for both with an account management solution out of the box. A functional admin panel is also available for Django. It's a web application that provides a user interface so that it's easier to manage data based on the developers' models.

Django vs Flask - What is Flask?

Flask is a microframework and as such, it's better suited to single-page, small and medium-sized web applications. It doesn't have any data models of its own as Flask takes a more modular approach towards development. No ORM is provided and Flask only gives developers a basic set of tools that they can use for web development.

Many developers prefer Flask because of the flexibility that it offers. Since it's a minimalistic framework that places no restrictions, developers can rely on external libraries to achieve the intended result.

Both Django and Flask have clear advantages and disadvantages. It all comes down to the unique needs of every project. The developer first needs to have a firm grasp of the project and only then will they be able to make a decision about what framework would better suit the job at hand.

Generally, when considering Django vs Flask, developers should opt for Django if they have limited time or are on a tight budget. This web framework is better suited to large web projects such as government websites and e-commerce platforms. It has robust security features built-in, a well-established support community with excellent documentation and an integrated ORM system for databases.

Since this is a much more full-featured framework, it requires the developer and their team to make fewer decisions. This is something that helps out a lot when the idea is to get something done quickly.

Developers who are working on small or mid-sized projects should consider using Flask as the framework. It's very simple and flexible which allows for more experimentation. Developers can thus play around with their ideas more as the framework has a customizable structure that's easily extendable.

One of the biggest advantages of Flask is that it's very beginner friendly so even developers who are not highly skilled can take a crack at it. Flask is better suited for small projects like single page apps and it's particularly good for prototyping.

The fact remains, though, that both of these popular web frameworks have made it much easier for developers to build web applications. They have actually lowered the barrier of entry so that developers of all skill levels can participate in the process.

Ultimately, it comes down to understanding the needs of the project that needs to be built. Developers should opt for Django if they're working on a large and complex project. Conversely, they should favor Flask when the objective is to build simple web applications that just need to do one thing but they need to do it right. 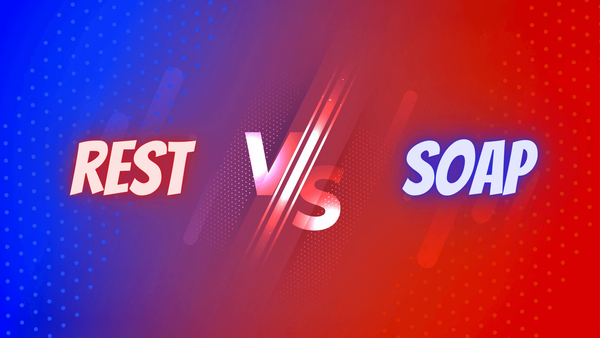 There are a whole host of technologies that support the online services that we use every day. Web APIs are an integral part of the online ecosystem. The API or

The prospects don't realize a need You can't sell anything to a prospect who doesn't need your product / services. That's why sales reps are encouraged to filter their prospects. Sales reps will still experience the opposition of "no need", though, even after correctly qualifying