Python offers a wide range of frameworks. These frameworks are making the life of web developers easier by enabling them to build all types of web applications (small, large, complex and lightweight) quickly. Every framework has its own set of issues and advantages. But Flask and Django frameworks are the most popular among developers. To know the biggest difference between Django and Flask and which framework to choose between these two for your next project, here is some information to get you started.

Django brands itself as “the web framework for perfectionists with deadlines”. It is a free and open-source Python framework that enables you to build amazing web applications in a short time. You just need to focus on writing code for your application, and Django will take care of everything else (including security, versatility, scalability, and flexibility).

Why Django for your web application development?

Django offers a powerful library that can do the following:

Django library handles these critical tasks, making developers more focused on other priority tasks required to build and run applications. It enables developers to take the applications from the initial stage (where the idea just began) to the completion stage as quickly as possible.

Django’s template language is very simple and easy-to-understand. Individuals who are working as designers and front-end developers can easily learn this language. It is also highly scalable and flexible, enabling developers to extend the template language as per the application requirement.

Django has a secure authentication protocol that manages administrator accounts, user accounts, cookie-based user sessions, and permissions. It allows you to easily create secure websites where users can create accounts and sign in or sign out safely. Django also comes with a robust protection system that protects your application against: cross-site scripting, clickjacking, SQL injection, remote code execution and Cross-Site Request Forgery (CSRF).

Companies are betting on the Django framework

Django has a highly customizable structure with a fully-equipped toolkit, making itself the biggest player on the market.

Examples of some tech-giants that used Django:

2. Spotify
Spotify has used the Django framework along with the Python language to build its app.

4. DropBox
DropBox has used the Django framework to enable synchronization, storing and sharing options for a wide range of file types.

Flask is a microframework (meaning minimalistic web application framework) that is very easy to start with as a beginner. With the Flask framework, building apps is simple, fun and manageable. In contrast to the Django framework, Flask uses very little boilerplate code (meaning the section of code that developers include in various places of the app with little to no alteration) to get the apps up and running. This, in turn, makes Flask a great choice for beginners. Flask is mainly used for small and lightweight applications that have simple hardware and software requirements.

Examples of the companies that used Flask

Here are some key differences between Flask and Django. Let’s have a look.

As we discussed earlier, Flask is a lightweight, simple and minimalist web framework, helping developers to build extensible and simple applications. Being a minimalist framework, it lacks some of the features such as data abstraction, bootstrapping, template engine, etc. Whereas Django is a full-stack Python web framework that includes several built-in features, such as URL routing, bootstrapping, migration and database abstraction. Unlike Flask, Django has a powerful template engine and Object-Relational Mapping (ORM) system that enables developers to create highly customized applications.

2. Unlike Flask, Django has a simpler functional admin interface

The functional admin interface is what makes Django a powerful web framework. Unlike Flask, Django has a ready-to-use admin framework that enables users to carry out the project administration tasks seamlessly. Based on the project, it automatically generates admin modules. Developers can even customize the admin interface in order to meet the specific business needs.

3. Unlike Flask, Django comes with a built-in template engine

4. Unlike Flask, Django has a bootstrapping tool

With Django-admin (a built-in bootstrapping tool for Django), developers can build and deliver web applications quickly.

Whereas Flask is a microframework with customizable architecture, allowing developers to create web applications using various web development libraries and tools from third-parties. This, in turn, makes the Flask web framework more flexible than the Django framework.

Django has support for the ORM system. Advantage of ORM system includes:

Django is an amazing platform for building large projects. It is considered one of the most efficient, reliable, secure and architecturally sound frameworks for larger applications. However, it is not always a great fit for smaller projects. The reason behind this is its monolithic and heavy structure can create difficulty for developers who want to build highly customizable apps quickly.

Since Flask is a microframework, it can be used to build small and lightweight applications only, without requiring extra effort and time. It enables developers to use third-party libraries and tools, allowing them to develop flexible applications. However, it is not the appropriate choice for complex and larger projects.

Need amazing web applications? Contact us today! Our Node.js developers can build powerful and robust applications that will take your business to the next level.

Every programming language has its own significance and uses in the design and development cycle of applications. Python has witnessed explosive growth as one of the most popular languages among 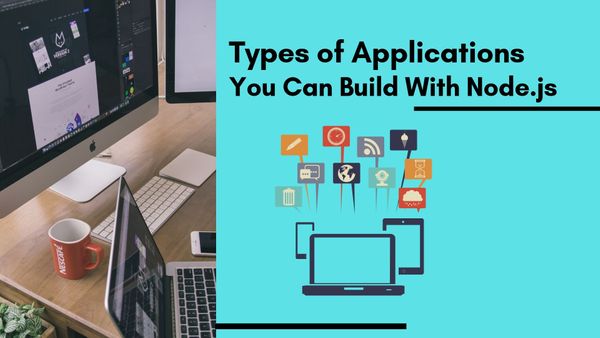 What is Node.js?On the modern web, it’s hard to ignore the ubiquity of Node.js. Node.js is a free and open-source platform, runs on javascript that