Airbnb started out in 2008 with a mission to revolutionize vacation rentals. It has since grown into a multi-billion dollar company with near global presence and a strong brand equity. The platform it has created allows hosts to list their empty bedrooms and properties that travelers can rent for as little as one day and up to several months at a time.

It does a lot more than just provide a marketplace to connect hosts and travels now, though. Airbnb has since expanded its offerings beyond just rooms and apartments. It now lists local experiences on its platform, has dedicated high-end listings for the more discerning travelers and is looking into expanding further in the hospitality industry.

The platform has also enabled people to launch their own real estate rental businesses. They only need to supply the property. Everything else like the listing, payments and customer support is handled by Airbnb’s platform. It has proven to be a lucrative business opportunity and Airbnb actively supports business owners on its platform with an API.

What is an API?

APIs also make life much easier for developers. Operating systems like iOS and Android provide developers with a significant number of APIs.

So, for example, if a developer wants to embed a browser to show web pages, they don't have to code a web browser from scratch just for their application. They can use the WKWEBView API to embed a WebKit (Safari) browser in their iOS app.

Access to the camera interface would be another prime example. If an app needs to capture photos from the device's camera, the developers don't necessarily need to create their own camera interface. They can simply use the operating system's camera API to embed the native camera interface into their app.

APIs also play a major role in security. They're also used for access control on hardware and software functionality that an app may not have the permission to access. For example, an app that tries to access the device's camera through an API could be refused permission to do so by the user when prompted. This would leave the app with no other way of accessing the camera.

Airbnb launched its very own API back in 2017. The company has always been very careful about picking the external partners that it worked with. While many had been asking for it, Airbnb had never before made an API available to allow other companies to create products around its platform.

It finally embraced the developer community in 2017 with its Official Airbnb API. It finally allowed external developers to access the API. The API isn't publicly accessible, though, so it’s up to Airbnb to decide who is granted access.

Airbnb can be very picky still about the partners that it chooses to work with, and that makes it difficult to get access to its API. While many companies choose to make their APIs publicly accessible, Airbnb is swimming against the tide here.

How the Airbnb API can help your business

The Airbnb API can prove to be very useful for those who list a lot of properties on the platform. The API gives developers an incentive to create tools that allow property managers that list on Airbnb to effectively exercise control over their listings. Such software was previously not available since it wasn’t possible for third-party apps to interface with the company’s platform.

With the API, development teams can securely Oauth into new and existing Airbnb accounts. They will be able to provide people who use their applications the ability to push updates to the content on their listings, update the rates and availability for all of their listings through one app.

Remember, APIs allow software to talk to each other, this means that Airbnb's platform can also send data back to the custom apps. As Airbnb guests make bookings, the API can then pass back reservation and messaging details. This will enable property managers to create custom workflows that allow them to streamline their business and operate it more efficiently.

How to get the Airbnb API

Airbnb has never made its API publicly accessible. Even though it has embraced the developer community, which it took a very long time to do, it still exercises strict control over who can be provided access to the API.

Previously, the company required all interested parties to fill out a form. They had to provide details in the application form which would allow the company’s partnership managers to decide whether or not they should provide access to the API.

Airbnb has put a pause on that for the time being. The company is currently not accepting any new access requests for its API. Instead, its global team of partner managers is reaching out to prospective partners based on the supply opportunity that their business represents, the strength of their technology, and the ability to support shared customers.

The best bet remains to try and get in touch with the company directly or through an introduction to the partner managers. It’s unclear when Airbnb might bring back the simple application form again.

Once the partner has been approved, Airbnb will provide them with API documentation so that they can put together their development timeline. The developers can then complete their work and launch their application.

If they have any questions, they can reach out to their Airbnb partner manager for assistance. Once that's done, they can then begin onboarding their lodging inventory on the Airbnb platform through the API connection and start welcoming travelers from across the globe.

Integrating an Airbnb API into your business

As previously detailed, there are significant benefits to integrating the Airbnb API into your business. Managing one single property listing on Airbnb is pretty straightforward. You just log into the platform and make any changes to the listing content, availability and rates. There’s no need to make bulk changes or improvements.

What if you have dozens of listings, though? If you’re having maintenance carried out at all of your properties, you’ll have to manually update their availability on the platform. That’s going to take a lot of time and the process is just going to be clunky.

A custom property management software that communicates with the platform using Airbnb’s API will enable you to quickly update the availability for all of those properties in just a few clicks.

This will also allow for significant reduction in repetitive tasks, freeing up more time for you to focus on the things that really matter. It’s one of the easiest ways to make your job of managing multiple properties on Airbnb simpler.

Imagine having to deal with messages from hundreds of potential renters, automated messages would allow property managers to keep their response rates high while also ensuring that any questions that people may have about their listings are quickly answered.

With an API-connected software, they can utilize their existing email flows and automated messages to respond to guests. A higher response rate is an indication to guests that the host actively engages in communication. This makes them more likely to book as they have peace of mind that the host will be available in case they run into any issues during their stay.

If developers need any technical support beyond what's already described in the technical documentation for the API, its global team of partner managers are always on hand to provide assistance.

Get professional help with API integration

It’s vital that API integration is done right since there’s a lot of potential for things to go wrong. An API is a bridge between two pieces of software that would otherwise not be able to communicate. If the implementation has been botched, the entire logic behind utilizing the API would crumble.

This requires trusting the job to experienced developers who are highly skilled when it comes to integrating custom software solutions with APIs. Zibtek can be your partner in this endeavor.

Zibtek is one of the world’s leading software development companies. It has worked with both Fortune 500 companies and startups alike, helping them achieve success by fulfilling their software needs. Whether that’s the development of a custom CMS, payment gateway, mobile app or API integration with Airbnb, Zibtek’s talented developers have done it all.

The company is based in the United States with offices in Salt Lake City, Utah. It also has a global talent pool of highly skilled developers that can be deployed to work on your project immediately. All of its international talent is managed from within the United States.

Reach out to Zibtek today to find out why it’s a trusted partner and get help with your Airbnb API integration. 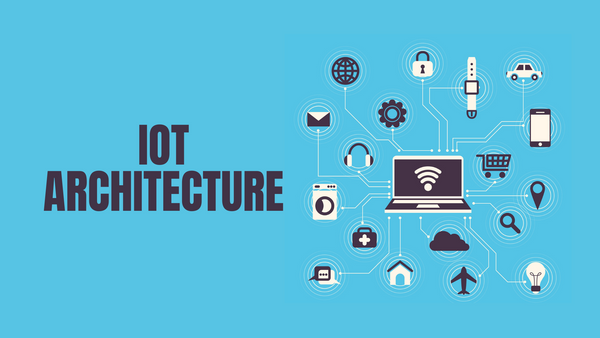 We hear it time and again: companies are tired of wasting R&D money on IoT development projects that fail or are put on hold. And they don't understand