Python mobile app development has become a favorite choice for many developers—so much so,  it’s close to becoming their #1 programming language. It’s easy to see why; they can use Python for a wide range of tasks. It’s appropriate for small and vast-scale web development projects and allows for the cross-platform development of apps for PCs and mobile devices.

Principally used for data analysis, web development, and DevOps tasks, Python has long been valued for its simplicity and low cost. Even modern giants like Spotify, Instagram, and Netflix chose the tool for their websites’ backends. This post takes a look at how two programs, Kivy and BeeWare, make Python-driven mobile app development possible.

What is Python Mobile App Development?

Created by Guido van Rossum in 1991, Python’s a powerful tool popular with both beginners and seasoned developers. The open-source, general-purpose programming language allows for relatively quick code creating and:

Python comes with dozens of reliable libraries and frameworks that let you create one codebase for various platforms such as iOS and Android, a huge advantage in mobile app development. Where developers once had to use different programming languages to create separate apps for both operating systems, they can now easily transform one piece of code into versions that work across platforms.

It wasn’t that long ago that Python mobile app development was nearly a pipedream. But as the number of mobile users increased, engineers looked for a way to enable Python to build mobile apps.

When the Kivy framework was released in 2011, it opened up a path for cross-platform development of PC and mobile device apps. The open-source solution uses a custom set of UI instruments that engage the same control elements on different platforms. These widgets are not rendered using native platform UI controls, which has its pros and cons.

Depending on the type of app you’re developing, it might not matter how native an app “feels.” For instance, it’s usually of little concern for gaming apps or niche apps like controllers used to create music. For other types of apps, though, it can seriously affect usability.

Kivy, then, is an excellent tool for developers who can work with a non-native UI toolkit in their apps as you can write mobile apps using Python programming skills without needing to learn another platform-specific language like Swift.

The tools and libraries included in another framework, the BeeWare project, allow developers to “write once, deploy everywhere.” In the platform, widgets, buttons, check boxes, and other features act as UI controllers or “stage managers” that help developers build robust software quickly and easily.

Unlike Kivy, BeeWare uses the native UI toolkit of the platform your app runs on. For instance, in BeeWare, your app’s UI controls will be the same buttons, check boxes, and form elements the underlying operating system provides. You can build mobile apps that look and feel 100% native to Android, iOS, or PC platforms.

Does BeeWare have any downsides? Only that it’s a relatively young framework that’s still under heavy development. That might translate into more work for developers due to bugs, API changes, and lack of features.

Thanks to these two major Python mobile app development frameworks, developers can now write mobile apps in Python and release them on multiple platforms. They no longer need to rewrite apps in multiple programming languages, which means no issues with build tools, compatibility, environment, and more. 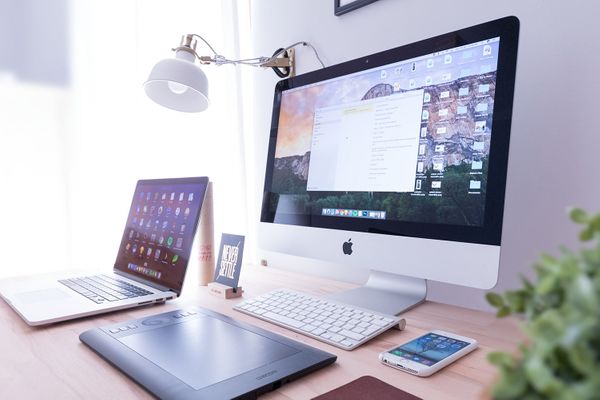 The cost of software development comes up frequently in conversation. Hundreds, if not thousands of pieces of web applications are created each month. We’ve come a long way from