So you got an interview with Google. Nice work! Google, amongst other big tech companies like Amazon and Facebook take the best of the best so even getting to interview is a huge accomplishment. That said, it’s not a walk in the park for even the best engineers… While you may walk into the office super prepped and self actualized, the moment you’re asked to whiteboard with a tenured Google Product Manager you might feel a little different. Just try not to pee you pants, ok?

You can expect several rounds of interview regardless of the position you’ve applied for. Big companies like Google and Facebook aren’t going to get to know you in an hour. Wes Bos recounts his experience interviewing with Google a few years ago in this post. Namely what you can expect in your first round of interview is a hefty reading list including all things Comp Sci 101, and skills to brush up on such as sorting algorithms, hash tables, binary trees and the like.
In your second round of interview, it’s not uncommon to do some whiteboarding. Be prepared, your interviewer will be watching your every move. Saurya Velagapudi, a senior software engineer at Google says that’s what separates the boys from the men if you will, is the interviewee’s ability to find the best answer to the question being asked. I know how this sounds, just coming up with an answer to some of these grueling questions is impressive, and now they want the best answer? Oh, and don’t forget to also explain why it’s the best answer. Treehouse gives an in-depth example of what you can expect and how to give the best answer.

Tips from Past Interviewees

Actual Programming Questions you Can Expect from Big Companies:

Now that you’ve seen some of these interview questions can we talk about how awesome Interview Cake is? Seriously, it’s an excellent resource for interview prep regardless of the position you’re interviewing for or the size of your next prospective company. End shameless plug.

How to Interview Developers at a Startup

In this interview with Jay Acunzo, Saurya Velagapudi, a Senior Software Engineer at Google, gives his take on how to interview software developers for any size company. He says that Google likes to hire generalists rather than specialists, which ironically is how most startups hire, as they need one developer to wear many hats. The reason Google hires in this way is that it wants to be able to end a project or even a whole department at the drop of a hat if it’s not working. That doesn’t mean that Google lets go of the people working on said tanking project, it means that because they are generalists, they can move to a new team and work on a new project. Don’t be mislead by Google’s definition of “generalist.” Google’s idea of a generalist is kind of like running an 800 meter race against an olympic 400 meter hurdler. Though the 800 isn’t their race, chances are they are still a pretty dang good runner… Google’s generalist developers are still pretty much experts just in several languages/technologies.
At Google, each interviewer gives specific feedback on the candidate, as well as a general take on whether or not they’d personally hire the candidate, to a hiring committee. This hiring committee is ultimately responsible for making the final hiring decision. Velagapudi says that all companies should consider using a hiring committee and interviewers separately to prevent bias. He also suggests that interviewers create a rubric of take aways for each interview they perform. This way the interviewer leaves having actual concrete evidence of what kind of candidate the interviewee is rather than just leaving with a feeling about them. He says to consider questions for your own rubric such as, What have they accomplished? How could they fit into your team? How do they view the world? He also gives examples of interview questions that he actually asks in every interview he performs.

Whether you’re hiring for a big company or trying to figure out how to interview software developers for the first time, the best candidates are engineers first and specialists second. With great tips from actual Google employees to real life interview questions, there’s no way you can go into your next interview ill-prepared if you’ve read this.

F r e e  E-B o o k
These interviewing tips will help you at any size company OR for any software development model. Read our Outsourcing vs In-house Development Ebook to get the scoop on which model is best for you! Or, if you want to check out Zibtek’s hiring practices read about how we recruit and retain the best tech talent! 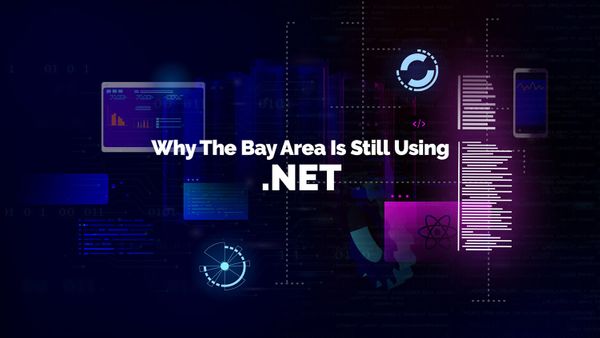 Is .NET Dead? | What is .NET?Is .NET Dead? To start off, WTF is .NET? .NET is a programming framework used to build web and  mobile applications, created by Microsoft.

When you go out to eat, it is highly likely that more than one person had a hand (literally) in creating your dish. Prep chefs are the first hands on