Answer: Node.js is a free and open-source platform that uses JavaScript on the server to build fast, lightweight and scalable web applications. It can run on various operating systems’ platforms, including Mac OS X, Unix, Linux, Windows, etc.

Question no. 2: Why is Node.js popular?

Answer: Here are the top 5 reasons why Node.js is popular:

Node.js uses JavaScript to build web-based applications. JavaScript is the most powerful programming language used to provide interactivity to web pages. The graph below shows responses to the ‘Developers surveys results-2019’. It shows that 69.8 % of developers prefer JavaScript language to create dynamic web pages.

Most popular technologies among developers

With Node.js, JavaScript has revolutionized web technology. JavaScript follows an out-of-order execution approach. This means the program is executed such that the processor can run the instructions (code) independently and immediately without waiting for the previous instructions (code) to complete. Node.js uses this approach (out-of-order execution) of JavaScript to build scalable web applications, real-time chats, IoT applications and more. Tech-giants, including Google, Amazon and Facebook rely on Node.js for some of their services.

Node.js is powered by V8 JavaScript engine, developed by Google for use in Chrome and server-side platforms (including MongoDB and Node.js). As compared to other JavaScript engines, V8 engine executes the JavaScript code very fast and quickly compiles it into machine code.

Node.js follows the asynchronous approach, which means the entire code is executed at once. Two threads can run in parallel and are independent of each other. They don’t interrupt each other at the time of execution. This is another factor that makes Node.js faster and more efficient than other technologies such as PHP, Ruby, etc.

Node.js is based on event-driven architecture. This means all input/output operations are executed on a single thread, in an asynchronous manner. Let’s understand this with the help of an example:

Suppose 200 people are connected at once through a network. Instead of running different threads for different connections, Node.js will loop all these connections on a single thread (This is in contrast with other web technologies such as PHP where a new thread is spawned for every new connection). It will give instructions about the generated events (actions or occurrence). This means it will notify you with every occurrence, such as if a new client joined the connection, if any existing client left the connection, if any client sends any message, etc.  Also, if any connection is idle, then it will skip over it, rather than consuming the CPU time on it, ensuring the CPU is utilized efficiently. Everything in Node.js is based on responding to these events. Therefore, there is no buffering in Node.js applications, it gives output in the form of chunks. This makes Node.js a lightweight platform.

4. Easier to maintain and modify

Unlike traditional web technologies, in Node.js a bunch of small applications is created instead of a large and single application. Therefore, it’s easy to make modifications or add new functionalities in the code.

Here are some examples of the performance capabilities of Node.js:

Answer: Here is the list of the activities that Node.js can do:

Question no. 4: How is Node.js different from traditional web-scripting?

Answer: Let’s understand how Node.js is different from a traditional server-side scripting environment.

Traditional scripting language runs the application using a separate server, such as Apache. It is thread based, and it creates new threads for each client request. This leads to complex debugging and testing processes. Also, the whole thread gets blocked if the process is waiting for Input/Output operations. Look at the image below. It shows that the process needs to wait until the complete execution of the previous process. This consumes a lot of time and energy of the CPU.

Node.js has a built-in module called HTTP that runs on a standalone web server. It can handle multiple concurrent requests because it is single-threaded, follows asynchronous programming and event-driven architecture. Unlike traditional web-scripting, Node.js eliminates the waiting time and simply continues with the processing of next requests. This makes it fast and memory efficient.

Look at the image given below.

Question no. 5: Is Node.js faster than using other competitive solutions in the market?

Answer: Code is the foremost consideration when developing any application. Node.js will not eliminate the low-performance issue if the developer has not written the code well. However, as compared to Ruby on Rails, it is capable of handling concurrent multiple requests and a massive amount of traffic on a network.

Question no. 6: When shouldn't you use Node.js?

Answer: Node.js doesn’t work well with CPU intensive tasks, such as editing audio, graphics or images and scientific apps. It becomes unresponsive and sluggish, blocking incoming requests when it is used for long calculations or graphic operations. This, in turn, slows down the performance.

Question no. 7: What makes Node.js a great choice?

In this article, we have already covered asynchronous programming, event-driven architecture, and V8 JavaScript engine. Let’s discuss the npm package manager of Node.js.

What is the npm package manager and how is it helping developers?

Npm package is the largest system of an open-source library that contains all the files that developers need for Node.js modules. The Node.js community provides built-in modules (called Node.js modules), a functionally organized JavaScript code that developers can use while building Node.js applications. It makes the work of developers much faster.

Need help building applications? Contact us today! We will deliver you powerful applications that can streamline your business process. 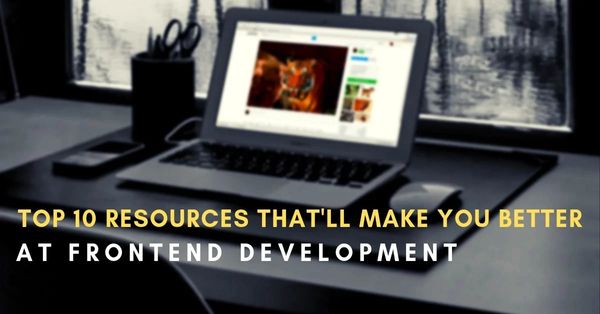 Front-end development is a practice that enables enterprises to create an engaging and business-centric user experience for websites. In this article, we have listed the top tools with key features