What is staff augmentation? There may be times when an organization needs to fill in the talent gaps and it needs to do that quickly. Going through the conventional hiring process may not be suitable due to time constraints.

If a project is facing a delay because of the unavailability of certain talent, the best possible solution would be to bring someone onboard quickly who can hit the ground running.

Such a swift pace is not possible if the idea is to first sort through all of the candidates that have applied for the position then interview the most promising candidates before deciding on who to hire.

What is staff augmentation?

This is what has given birth to the model of outsourcing that’s known as staff augmentation. It’s a way to quickly hire team members from outside the company to join the project and start working on it as quickly as possible.

Staff augmentation refers to the practice of relying on outside talent for a short time to fill the temporary gaps that may exist. For example, your company may have won a large project but the existing team may be stretched too thin.

You could rely on staff augmentation to bring new resources on board that can help support the in-house team. This gives you more time to spend on the hiring process. The work can continue without disruption and you’re able to meet the client’s expectations. This frees up additional time to complete the formalities to hire new permanent employees if need be.

The primary benefit of in-country staff augmentation is that there's often no language barrier or time zone constraints. Furthermore, the outside team members would also comply with the same laws and regulations as the in-house team.

Nearshore staff augmentation is a better option for those who are unable to justify the higher cost of the in-country approach. In the nearshore model, the outside team is not located in the same country but happens to be in the same general timezone.

Organizations in the United States will find suitable nearshore staff augmentation service providers in North America or Latin America, for example. Resources can sometimes be cheaper in other countries so the advantage of the same general timezone can be obtained while also reducing the overall costs.

Offshore outsourcing has picked up in the past two decades. In this model, the outside team members may be located in any country in the world. So a company in the United States could have developers situated in India working on their project.

The costs are often the lowest in this model, however, there can be some issues to work around. The time zones tend to vary significantly and there may also be a language barrier in some cases.

Staff augmentation is only meant to be a short-term solution. It works best when utilized to meet a temporary gap. The resources that are brought onboard are disengaged once the requirements of the project have been met.

It costs much less than what hiring a permanent resource would. There's minimal contracting effort required when it comes to staff augmentation and the cost model is simple as well.

Managed services are entirely different. They’re meant to be a long-term solution whereby organizations can outsource most or all of their IT stack to a third-party.

The service provider can assign dedicated resources for the job who will then do what’s required for as long as the client needs them to. Managed services offer a predictable cost basis for the client as service providers tie their pricing to service levels and volumes where necessary.

So now that we know what is staff augmentation, let's talk about the biggest advantage it can provide which is cost savings. An organization in the United States could utilize the offshore model to significantly reduce the cost of their project. Short-term requirements can be fulfilled without having to blow through the entire project.

It’s a highly scalable model of IT outsourcing. As many resources as required can be quickly brought on board for the project. This ensures that there’s minimal disruption to the work and enables the organization to meet its deadlines.

Another great advantage for organizations is that they can relinquish the talent once their requirements have been met without additional charge. The cost basis is often straightforward, so no lengthy calculations are required before adjusting or ending the contract.

Staff augmentation isn’t meant to be a long-term solution. Trying to use this temporary solution for long-term requirements is going to cost more than it would to hire permanent resources or even outsourcing to a managed services provider.

While the offshore method might sound appealing, it can often be a nuisance due to the time zone and language differences. This also raises some jurisdiction issues that some companies that deal with sensitive data may not want to entertain.

The similarities between the two might cause some people to be confused between staff augmentation and managed capacity but they're fundamentally different. Managed capacity is a pricing-based model of outsourcing. The defining guidelines here are the payments that vendors are promised in return for a certain quantity or volume of work.

An organization that opts for the managed capacity model would purchase a set quantity of person-hours or person-days from a service provider at a predetermined rate. In some situations, this may also relate to a certain number of seats if the vendor has a designated development center that the client wants to utilize.

It’s a very useful model for companies that have a very strict budget. They know exactly what the maximum amount of money that the vendor is going to charge them will be. They’re assigned as many resources as their budget can get them for a set duration.

Direct-hire contracting is a method that companies use to outsource the entire shortlisting and interview process to a third-party. The staffing agency is responsible for finding the appropriate talent, qualifying them, and then hiring them on behalf of the client.

It's a useful way to fill both full-time and part-time positions. Candidates can often be hired for full-time positions with benefits through the direct-hire process. Even though all of the legwork is done by the staffing agency, the new employees go directly on the company’s payroll once the job offer is accepted.

The organization doesn’t have to do any of the legwork in this scenario. This helps them save time which can be better spent on the bigger picture. Everything is handled by the staffing agency. It’s entirely their job to ensure that the candidates they choose are going to be the right fit for their client.

Find the right staff augmentation for your organization

Decided on a staff augmentation method you feel is right for your organization? Let Zibtek help. We’re one of the world’s leading software development firms with over a decade of experience in working with both Fortune 500 companies and startups alike.

We also offer a wide range of innovative and cost-effective outsourcing services, helping you set up and scale as and when required. With offices in Salt Lake City, Utah, Zibtek has a team of highly skilled software engineers, developers, project managers, UI/UX experts, and more.

In addition to our in-house team, we also manage a global talent pool of highly skilled developers and other professionals. Take advantage of our long-standing relationships and offshore offices to receive unparalleled service at a very competitive price. Our teams are highly flexible and able to meet your specific needs around costs, deliverables, and deadlines.

So whether you require in-country or offshore staff augmentation, we can help provide you the right talent at a cost that’s best suited to your project. Contact Zibtek today and we’ll be in touch with you to discuss your staff augmentation needs. 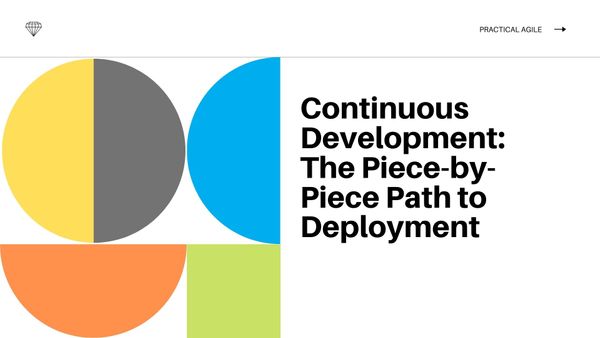 An agile approach to software development calls for agility through all phases of a project’s lifecycle. What is Continuous Development?Continuous development (CD) focuses on the idea of ongoing 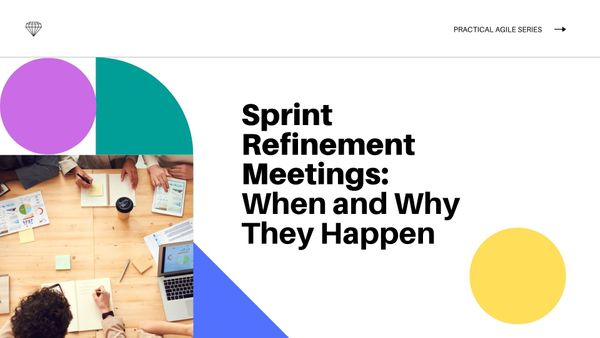 The Scrum method provides minimal boundaries within which teams can self-organize to solve complex problems. This is a massive benefit of the approach, but because it’s so loosely defined,