The mobile industry has seen a lot of consolidation over the past two decades. There was a time when every manufacturer had their own platform and that would make things incredibly difficult for business owners. They would have to figure out which platforms their customers would most likely be on and then develop apps accordingly.

Many giants of the industry like BlackBerry and Nokia have since fizzled out. Their mobile platforms, which at one stage seemed like too big to fail, have since disappeared. There are only two dominant platforms in the industry now: Apple’s iOs and Google’s Android.

Billions of mobile devices across the globe are now running one of these two operating systems. This has certainly been beneficial for business owners because now they just need to cater to audiences on two platforms, both of which are fairly universal now.

What is cross platform app development?

Apps that can be used on multiple platforms are called cross-platform apps. Because there has been such a major consolidation in the market, many organizations are now operating on a BYOD or Bring Your Own Device policy. They know that a mobile device can either be iOS or Android-powered, so there won't be any surprises.

Employees can thus bring their own device to the workplace and use the cross-platform apps the company has to access applications and data crucial to their role. Cross-platform app development can take two forms.

The app can either be developed natively for each platform, this means that there would be one app for iOS and one for Android with both offering similar functionality. The other approach sees the app being developed in a singular environment that can be run across both platforms, this would include HTML5-based web apps.

There are obvious benefits to cross-platform app development. It helps bring down costs since the work doesn't need to be repeated for a large number of platforms, and in the case of web apps, it also helps significantly speed up the development work.

How to make a cross platform app

There are some very powerful tools out there for cross-platform app development. Most of them promise that developers will only have to develop their codebase once and they will then be able to run the app on any platform. This eliminates the need for them to build apps natively for every platform. They can just code it once and then deploy on as many platforms as they need to.

This is why developers find the value proposition so compelling. It saves them time and there are also cost savings to be had for their customers. Developers also find this to be an interesting task since they only need to use the tools that they already know, like JavaScript or C#, to build apps for platforms that may not have much experience building natively for.

It's not all smooth sailing, though. Cross-platform app development does have its fair share of disadvantages. For starters, cross-platform apps can't really match native apps in terms of performance. The difference can be highly noticeable if it's a large application.

The code design tends to be more difficult, that's because these apps have to adapt their design and features to different platforms. Developers thus have to work on specific exceptions to work around the platform differences, particularly if they're developing apps that have complicated features.

There's also a downside for the users of these apps. They often have to wait for much longer to receive new features when the underlying platform is upgraded. Developers usually need to take time to update new platform features for cross-platform apps since new SDKs are provided with updates much faster than they are for cross-platform frameworks.

The "code once, deploy twice" mindset is what rules cross-platform development, the idea being that it should be possible to share 100 percent of the codebase between the two platforms. This is possible but it's contingent upon the complexity of the app. It works very well for simple apps but as functionality is ramped up, it becomes difficult to work around the platform-specific requirements.

A fully functional app with a decent amount of features would require developers to write some platform-specific code. This means that they would need native iOS or Android developers on their team, even if they were just going to contribute part-time, because it wouldn't be possible to finish the job otherwise.

That being said, there are some of the most widely used cross-platform app development tools.

Get the custom cross platform app development you need

Zibtek has been designing and building exceptional mobile applications for more than a decade and we take great pride in our approach to cross-platform development. Our customers can rest assured that we put the same level of effort in everything that we do, whether we're creating an ERP-integrated mobile experience to a cross-platform education app that enables users to learn new skills on the fly.

Our team of developers is highly skilled at native app development for iOS and Android. We also have rockstar cross-platform app developers on our team that practically speak Phonegap, Flutter, React Native and Xamarin as a second language. Our team is capable of handling the entire product lifecycle from creating the concept of the app to handing over the finished product.

Zibtek's team doesn't think that the job is over once the work is complete and the app is deployed. We work with our clients to submit their apps to the Google Play Store and the Apple App Store, just to see the work through to its logical conclusion. We also provide post-release support and maintenance services so that the client always has the peace of mind that their app won't suffer from any issues down the line.

We are one of the fastest growing software development companies and have worked with a wide range of clients, from Fortune 500 conglomerates to startups that are looking to get their first apps created on a tight budget. We have an incredible amount of experience in working with clients from all industries who are specifically looking for cross-platform solutions.Reach out to the team at Zibtek today for a consultation and let us show you how cross-platform app development might be the solution you didn’t know you needed.

Code reusability offers a lot of convenience for developers and it also leads to cost savings for clients. What could be better than having to write the code once and 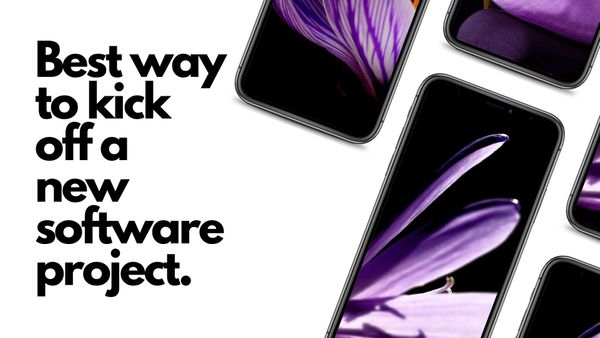 So, you are sitting in your office and have an idea for great new tool that could help your company drive efficiency. Now what? Even experienced product owners understand that